Why not just use discarded batteries from electric vehicles in stationary systems?

In 2020 the time had finally come. Electromobility is gaining momentum in Germany and Europe. Last year, the sales of electric vehicles rose by 207 % in this country despite the corona pandemic. The Ministry of Transport wants to see ten million e-cars on German roads by 2030. 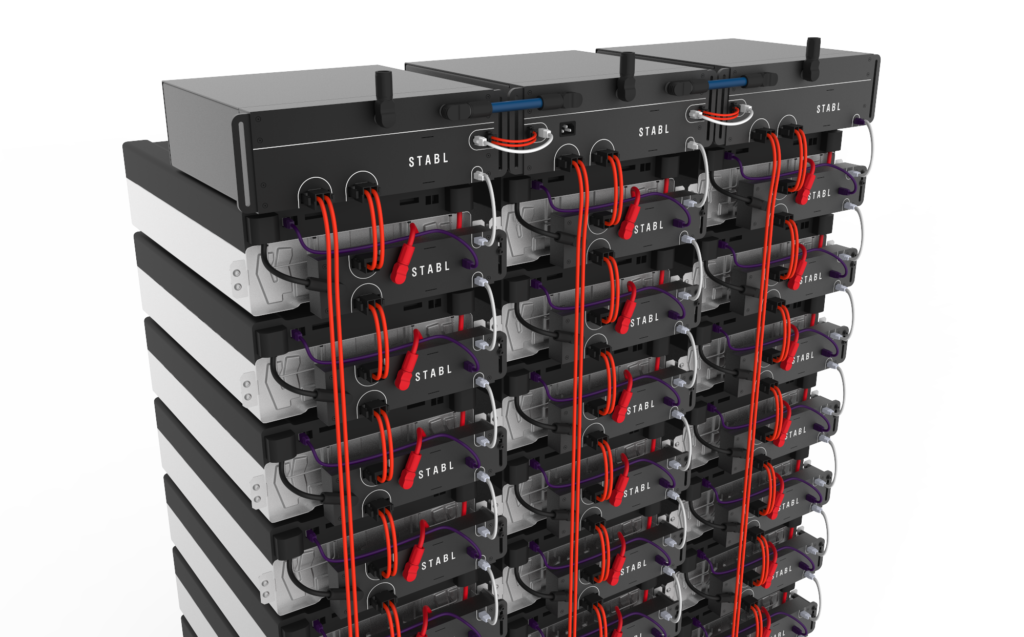 The demands on vehicle batteries are high and often the battery cells can no longer provide the desired performance after several hundred thousand kilometers - even though they still have up to 80 % of the original capacity. This capacity is far too good to simply throw away.

Throwing away a car battery at the end of its life is a bit like throwing a jar of Nutella in the trash after just making three slices of bread with it.

The requirements for stationary usage are much lower than in the vehicle. So why not just take the discarded batteries from electric vehicles and install them in stationary systems?

In this blog post we give five reasons why the Second-Life concept is not (yet) ready for series production and finally explain how STABL Energy makes the use of used vehicle batteries economically viable.

What sounds esoteric at first has a spark of truth in it. The above statement is from Ken Boyce, a battery expert with the certification company Underwriters Laboratories. Which experiences we are exposed to during our life influence our state of health - and it is exactly the same with batteries. It was not just since the VW diesel scandal that people knew that driving styles in reality differ from those on the test bench. Each vehicle battery is loaded differently and has a different state of health. The health status and load capacity of the individual modules can also vary within the vehicle battery, which makes it difficult to build up a storage system from uniform used vehicle batteries. 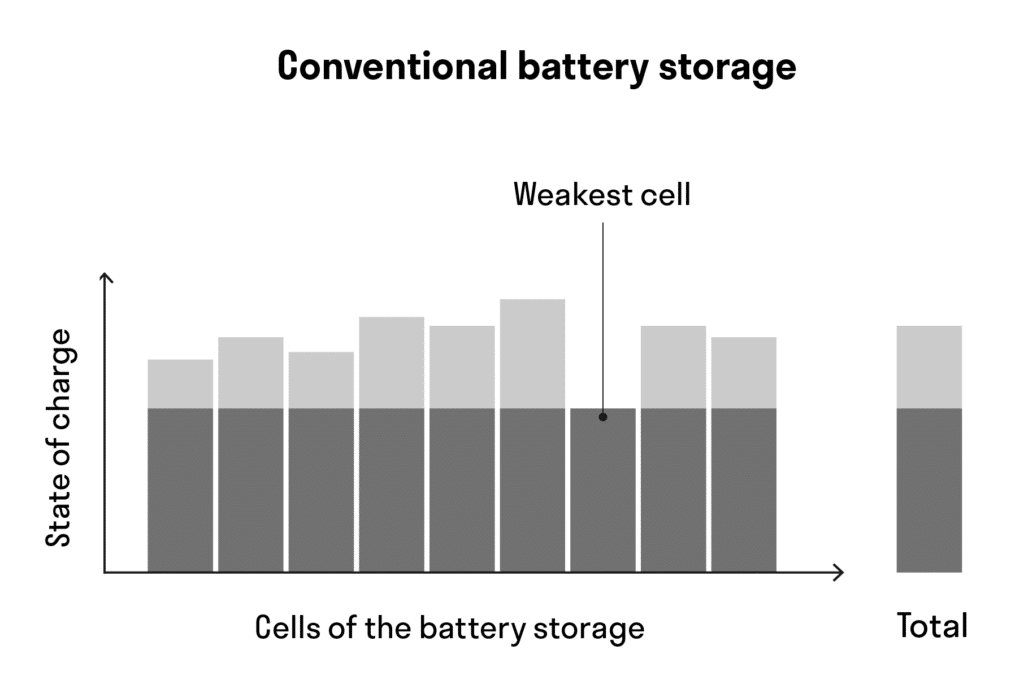 The classic high-voltage structure of a battery storage system is as follows: Several battery packs or modules are statically attached to one another connected so that a high voltage of up to 1200 volts is present. This high-voltage storage device is then connected to a so-called inverter with the plus and minus pole. This converts the DC voltage of the storage unit into the AC voltage that the grid requires and vice versa. The advantage of this approach is its simple structure and high efficiency: the high voltage means that less current can flow, so that losses are reduced. For Second-Life in particular, the approach also has a decisive disadvantage: 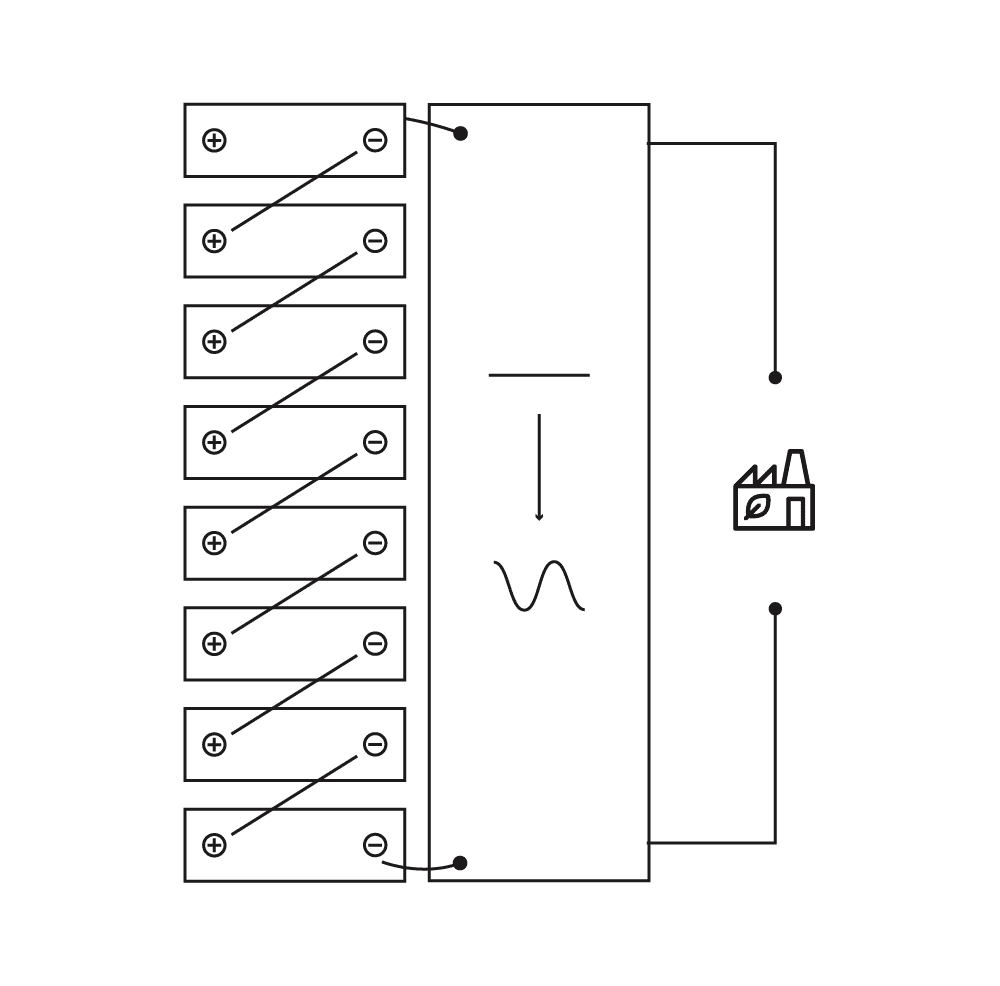 The weakest link determines the capacity that can be drawn

This static chain of battery storage systems, like any chain, has the property that the weakest link determines the performance. Specifically: the storage unit with the lowest energy content determines the capacity that can be drawn. This is not a big problem with conventional new batteries, as the differences in the energy content that can be drawn are marginal. That is different when working with used vehicle batteries. To counteract this, batteries have to go through a process called matching.

To simplify the installation and maintenance of battery storage systems, there is also the approach of connecting the individual modules in parallel in order to equalize the voltage of the modules. A DC / DC converter must be interposed for the connection to the inverter, as the voltage of the modules is lower than the required input voltage of the inverter. However, the DC / DC converter causes additional costs in the system and thus has a negative effect on profitability. In addition, there are additional losses that have a negative effect on costs during operation. 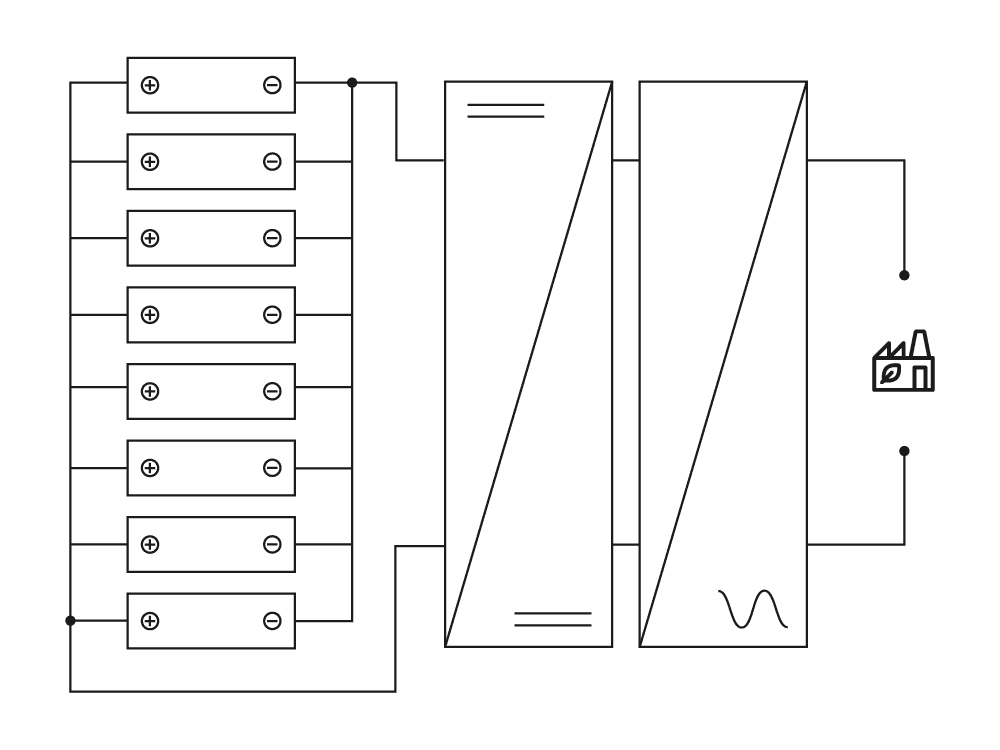 As an interim conclusion, it can be said that the two popular approaches of battery storage systems have their pitfalls when it comes to setting up second-life storage systems.

In order to be able to use used vehicle batteries in stationary battery storage systems, many work steps are necessary that cost time and money. Specifically, the battery packs have to be removed from the car, the cells have to be tested, evaluated and matched so that they have similar conditions. The housing has to be rebuilt and finally the batteries have to be integrated with an inverter and a battery management system and energy management system.

This process requires a lot of manual labor and is not yet automated, which drives up costs. The US National Renewable Energy Laboratory estimates that manual labor is one-third the cost of reprocessing used vehicle batteries.

A Study of the Boston Consulting Group from 2020 comes to the conclusion that Second-Life is not a business case due to the high reprocessing costs.

Besides the economic challenges there are also practical hurdles. Here, it is all about the question "How do we even get the old batteries?" Hans Eric Melin, Managing Director at Circular Energy Storage Research and Consulting is exclusively dedicated to the recycling and second-life market for vehicle batteries. His company has discovered that the battery is not removed from the vehicle even when it has theoretically reached the end of its life. 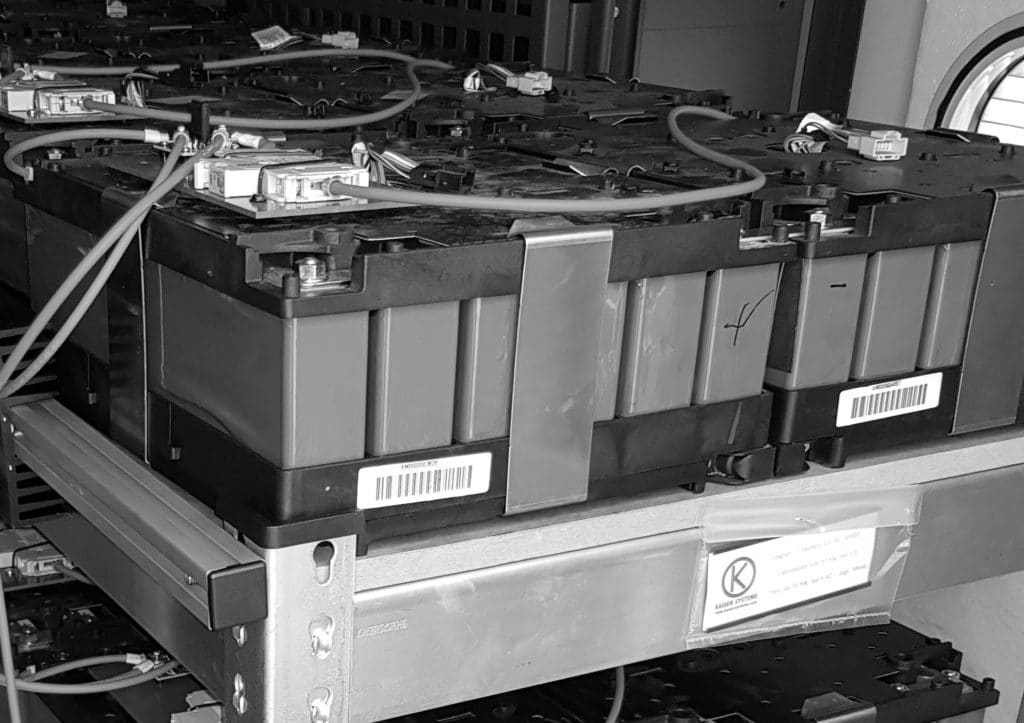 The energy storage industry often only sees the battery in electric vehicles; however, the customer who drives the electric vehicle sees the entire vehicle. And what do you do with vehicles that you no longer want to drive? Sell them on the used car market. At the moment, the batteries are rarely removed from the old electric vehicles because the customer has no incentive to return the battery to the manufacturer. The vehicles leave the markets in which they were bought and are sold to countries such as Ukraine, Jordan, Sri Lanka and New Zealand.

In order to get second-life batteries today, one has to look more at fleet operators than at the private car market. Because fleet operators such as municipal utilities or rental car companies can control what happens to the battery in the vehicle if it no longer meets the requirements. It is therefore not surprising that many Second-Life projects are also initiated by bus manufacturers and municipal utilities, such as the Second-Life project by MAN and Stadtwerke Hamburg.

The regulatory framework is missing

Furthermore, there is no incentive for battery storage manufacturers to collect the batteries again at the end of their life. But that will change in the future: on December 10, 2020, the European Commission proposed modernizing EU battery legislation. There it says, among other things, that batteries from electric vehicles must be collected without exception. In addition, a framework is set that is intended to facilitate the conversion of such batteries in, for example, stationary systems.

It remains to be seen whether the proposal will be accepted and implemented in its current form. But now there are already expert voices for whom the proposal is not enough.

There are still some stumbling blocks before used vehicle batteries can be used economically in stationary systems such as home storage or commercial storage. The greatest challenges is the complex recycling of batteries, but also sourcing, i.e. where the batteries come from, remains an important question. For the Second-Life concept to be successful, technology and regulation must take further steps forward.

At STABL Energy, we help make second life-storage more economical. Thanks to our modular inverter technology, we can combine battery modules of different health conditions and even from different manufacturers to form storage systems. The STABL inverter offers maximum efficiency and thus guarantees low operating costs. By using second life modules, the customer also saves up to 40 % investment costs.

Would you like to find out more about inverter technology from STABL Energy? Download our Whitepaper or arrange a personal meeting with one of our experts. We are happy to help. 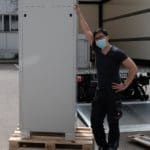 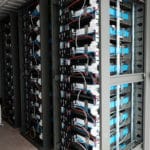 Why battery storage for businesses may be worthwhile in 2021